Metamorphosis – based on a true story


This is a story I was told many years ago by a wise woman. It’s the story of the becoming of a beautiful creature, matured to it’s highest potentials, beautiful in sight and gently adapted to it’s environment.

But earlier in it’s life this creature was all but gentle, not much more than an eating machine, an organism that’s only purpose was to devour it’s environment whilst growing faster and faster, greatly harming not just the world around it but even itself. Immature and unsustainable, creating havoc to most other beings wherever it appears in greater numbers.

Let’s call it a Caterpillar.

Inside it’s organism, in very small numbers to begin with, are little cells that are very different in behaviour from the great majority of the other cells. Called imaginal cells because they perceive, they react differently, they are able to imagine a different way of life. At first the other cells don’t take much notice of them since they are few and far between. But these imaginal cells are becoming more and more, eventually recognised by the organism as intruders, attacked and heavily fought by it’s immune system. Still, they continue to multiply, imagining and preparing for a different life, more than just eating, than just destroying everything around it. Maturity harmonious with themselves and all other beings.

Then comes a moment when the imaginal cells are connecting with each other. They begin forming small communities, they become aware of each other, they communicate.

This is when the caterpillar stops eating, coming to a complete halt. It looks for a place to rest and locks itself into a cocoon. From the outside it looks like dead, a motionless shell of it’s former self, a chrysalis.

Inside something happens that was not predictable to anyone involved. The imaginal cells are building larger structures, becoming legs, antennae, wings. The other cells begin to eat each other, destroying the whole organism to a purposeless mass of cells, and the imaginal cells begin to teach them, show them, use them to build different structures, creating an entirely different organism. 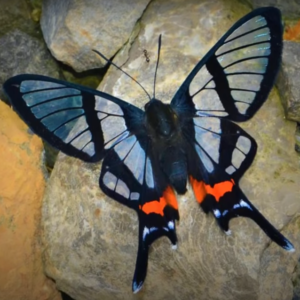 On a more scientific note, in this clip Bruce Lipton and others are making a point from an epigenetics’ or quantum physics’ point of view:

Please check that this widget Facebook Reviews has a connected Facebook.
Warning: Constant JEPSCROLL already defined in /customers/b/4/5/hillsidemassage.uk/httpd.www/wp-content/themes/JEP/footer.php on line 21
;